First, and most importantly: Cinders the cat says hello. From my lap. Sort of.


Second: I've been experimenting with t-shirt patterns and necklines. T-shirts because I HATE WINTER and want it to go away, and necklines because I just want to figure those things out (and because that way I can make more t-shirts).

I tried view D of Marcy Tilton's V9057 and it didn't quite work (love the handkerchief hem, not so crazy about the sleeve piece that's too large for the body -- which could be user error, I mean, maybe I just traced it wrong or something). But she did have pretty good instructions for making and topstitching a neckband.

And I've tried making bias binding for necklines both the Alabama Chanin way (single-fold, where the raw edges show) and the Drape Drape way (double-fold, where they don't), and to be honest I'm not really thrilled with either. They're really hard to attach and I always have to tear them out multiple times, which is no fun.

So I decided to make 1) an Alabama Chanin cap-sleeve ringer tee using AC fabric (sale scraps! score!) 2) with a Renfrew neckband 3) using Marcy Tilton's instructions. And 4) stencil a bike on it, because I miss my bike. 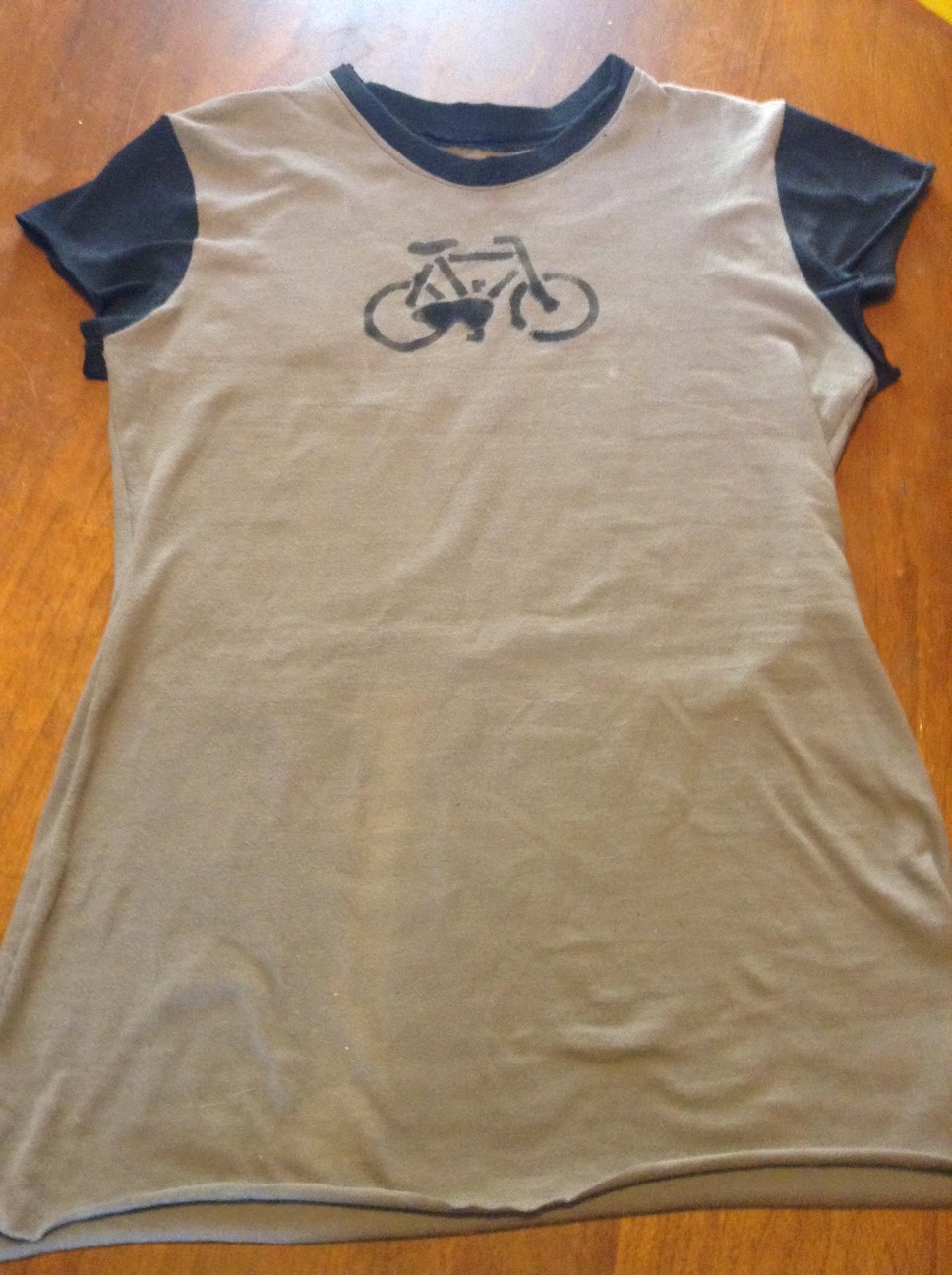 Believe it or not, the neckband really does lie flat when it's worn. But the stenciling is messed up (I got too close; what can I say?) and the topstitching is uneven. AND, BONUS, while pinning the neckband I somehow managed to punch a nasty biggish hole in the shoulder. Sigh.

It's okay overall, and I guess I could fix the stenciling by just reverse appliquéing the bike, but I'm not sure if it's worth the time. I'll most likely wear it, uh, on my bike, on summer mornings, when no one's watching. I want to make another one, though! Thankfully, I still have a largish stash of AC scraps. (And they're having a 20% off sale this weekend. Danger...)

Next up, though, is making an entire Renfrew start to finish, and maybe buying V8877, especially after seeing the hack in this month's Vogue Patterns. Man, that thing is gorgeous. I can haz all the stripes and batwing sleeves, plz.
Posted by Tracy at 9:34 AM