I'm doing it this year for the first time now that I finally have enough me-made things to wear -- but won't be doing daily outfits or photos or anything like that.

Will most likely wear a lot of tees (I have a ton!) So far, I've worn:

Vogue 8877, which turned out to be super-comfortable; I wear it a lot more than I thought I would: 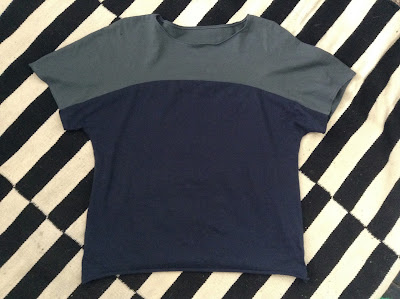 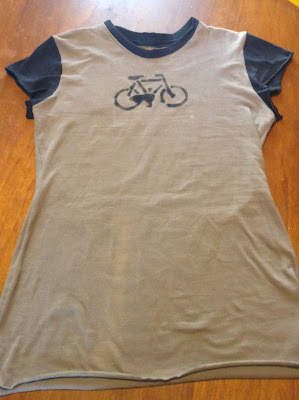 Weirdly, I get compliments on this when I wear it out. Blurry stenciling: the wave of the future!

In other news, foster kitty is doing well. We named her Kiki, after the cat in Kiki's Delivery Service. (Yes, I know the cat is a boy named Jiji; she just looks so much like a Kiki.) 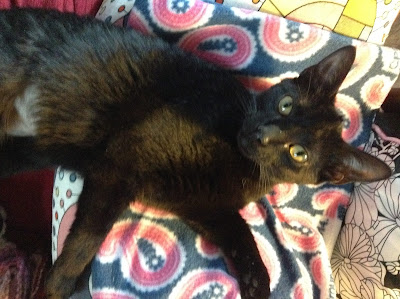 She's gained weight (she's a super-picky eater, but we finally figured out that she only seems to like Purina Cat Chow; she doesn't even like treats!), passed all her tests, and will be going to the shelter for adoption on Sunday. I'll miss her! It's nice to have a lap-sitter around the house.
Posted by Tracy at 7:27 AM